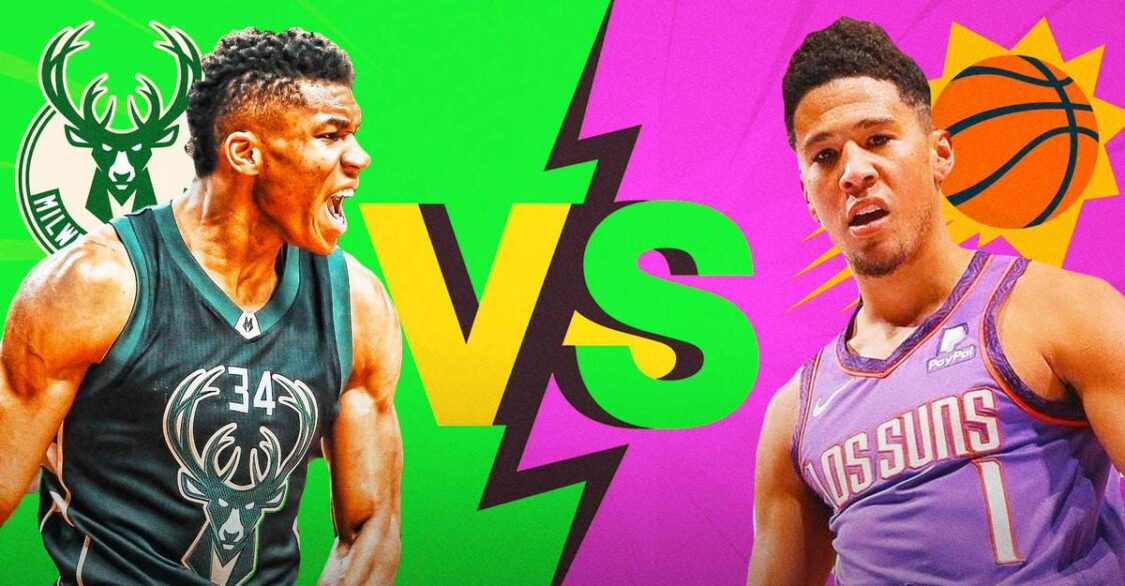 The NBA Finals are finally here but definitely with a bit of an asterisk mark. The only word that can describe these Playoffs is “injury”. Injury after injury was something everyone had to witness over the last two months. Unfortunately, we will still be talking about injuries because the status of Giannis Antetokounmpo will most likely be in doubt throughout this battle tested matchup.

The Phoenix Suns are favourites to win the title sitting at 1.55 odds (-182) while the Milwaukee Bucks are 2.50 (+150). We strongly believe there is some great value with the Milwaukee Bucks despite the injury concerns regarding their MVP Giannis Antetokounmpo.

Phoenix Suns Road to the Finals:If you look at the road to the Finals, one would argue that the Phoenix Suns were “gifted” this run. A first round matchup with the Los Angeles Lakers featured Anthony Davis being hurt and LeBron James being a hobbled shell of himself. After the Suns won in 6, they got to play a Denver Nuggets team missing both pieces of their starting backcourt.

After sweeping the Nuggets, they got to play the notorious chokers of the league in the Los Angeles Clippers who were without their superstar Kawhi Leonard. After 6 gritty games, the Suns prevailed and are representing the Western Conference. The Suns had a few scares on the way with Chris Paul and his Covid-19 situation and Devin Booker breaking his nose, but mostly they paved a road to the NBA Finals without much adversity. The problem with the Phoenix Suns is that they have never been in a deep playoff run as a unit before. This is their first time in the Playoffs in years and most of their roster is not battle tested for what the NBA Finals will bring to the table.

Milwaukee Bucks Road to the Finals:The Milwaukee Bucks were the 3rd seed and got revenge against the Miami Heat in Round #1 of the Playoffs. With a 4-0 sweep, they were small underdogs against the mighty Brooklyn Nets and their Big 3. The Big 3 fell apart with both Kyrie Irving and James Harden getting hurt. Although Harden returned to play in Games 6 and 7, the Bucks ultimately prevailed in overtime in Game 7. The Eastern Conference Championships featured major injuries in Games 3 and 4.

In Game 3, Trae Young for the Hawks got hurt and did not return until Game 6. In Game 4, Giannis Antekoumpo got hurt and his playoff future is still in doubt. Since the absence of Giannis, the Bucks are 2-0 and are heading into the finals. Though the injury to Giannis is huge, the Bucks have stepped up their overall game. Brook Lopez has been dominant inside the paint and Bobby Portis has been playing great basketball. Jrue Holiday and Khris Middleton have been playing like All-Stars and we believe that the Bucks are operating on all cylinders despite their MVP missing.

We firmly believe that the Bucks win in 6 games. At 2.50 (+150) odds we believe the Bucks are a great value bet. This has been a fairy tale setting for Chris Paul but he has always found a way to disappoint in the NBA Playoffs. This is the first time that CP3 has made it this far, and we believe that he will somehow be on the short end of the stick yet again. The core of Holiday, Middleton and Lopez should be enough to handle Paul, Booker and Ayton.

With the extra rest days, we believe that Giannis Antekoumpo will be ready by Game 3 of the Finals.  With a split in Phoenix, we expect the Bucks to be tied 1-1 going into Milwaukee and ultimately ending the series in 6 games. Though the Suns have been a great story, their lack of playoff experience will prove costly down the stretch. Take the Milwaukee Bucks series price and ride with the more experienced team.